You are here: Home / Uncategorized / Welcome to the IIBEC Portland Chapter 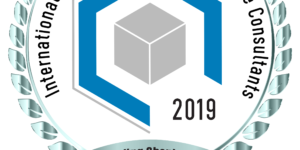 The International Institute of Building Enclosure Consultants announced recently that the IIBEC Portland Chapter has officially been granted a Platinum level outstanding chapter award recognizing the Chapter’s achievements during 2019, according to Tara Cottle of IIBEC. The Chapter will be recognized for its achievements during the Awards Luncheon being held on Sunday, March 29th during the […]